The project was born in Berlin in 2010 as a documentary platform and curatorial initiative specialized in real-time compositional processes and experimental art. And in 2013 in Mexico City, we would begin with the remodeling of a 1946 house with the intention of making it the base of operations of the project, and as part of our activities and explorations, the program of Artistic Residencies was created.

Image Selection from Art In Releases Collection - a experimental editorial project produced by the Hybrids Arts Laboratory in collaboration with our guests.

We have held workshops, exhibitions, meetings and presentations such as the 1st Meeting of Women in Sound Art Experimentation in collaboration with Alma Laprida (Buenos Aires), and "Conclusions on Metaphysical Sound Art and Voice Transformation" by Joachim Montessuis (Paris), to name a few.

The Hybrids Arts Laboratory was officially born on December 26, 2015, in the celebration of our 6th Anniversary and is located in the northern part of the city, just a few minutes from the monument to the Race [Monumento a La Raza]. 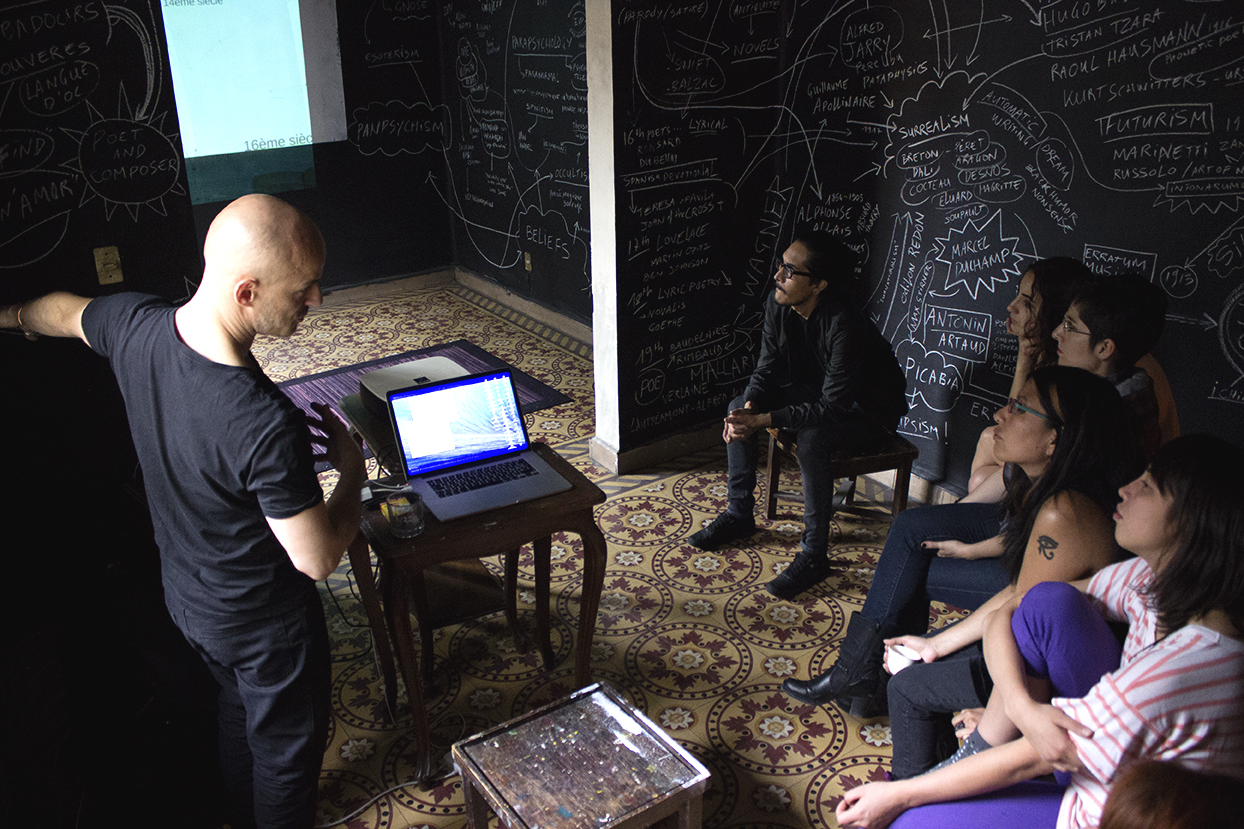 As part of the nomadic original style of the platform and the constant metamorphosis and the evolution of the projects, we have moved from documenting the international experimental scene in Europe and Mexico, organizing series of concerts in small cinemas and venues in Berlin, or in Mexico, hosting and recording live sessions at Ex Teresa Arte Actual Museum, and woth our radio blind-improvised music- dates in the Center of Digital Culture ... as many other collaborations, the same with the Mexican Center for Music and Sound Arts of Morelia, the Museum of the City of Querétaro, the Chopo Museum, to curate in Geneva for the Akouphène Festival.

All of this is already part of the main core and project's intrinsic memory:: A research project with editorial purposes that seeks to strengthen the relationship in the processes of artistic production from beginning to end, promoting the development of Mexican experimental art at the international level, as well as a metamorphic vision without borders as a project fostering critical thinking, polysemy and 'creative miscegenation'.

Since the founding of the platform in 2010, we have collaborated with more than 800 artists on a legitimate need that shares experimental thinking, research and creative development as human beings.

Our catalog : ART IN RELEASES
Our program of residencies : AIR-MEXICO